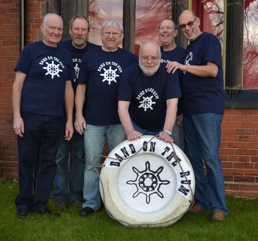 Guaranteed to persuade you into a party mood with much foot tapping and banter, Band on the Rum are acknowledged performers of traditional shanties and other songs of the sea.

Usually unaccompanied, the band knows how to belt out stirring shanties or soothe with easy on the ear nautical songs. Occasional humorous or moving songs on other subjects are also in Band on the Rum’s repertoire to provide an engaging mix for a variety of audiences.

Individually and as part of other bands, Band on the Rum members have been energetic folk and shanty singers for over 30 years. 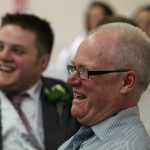 Formed in November 2014, they are Flossy McDougall, Geoff Veasey and John Kearney. Flossy sang and recorded previously in Pennyroyal along with Linda Dickson and Sue Dixon. Geoff sang and recorded previously with Black Parrot Seaside. John is a respected singer/songwriter originally from Cork, with a previous background in pretty well everything from Punk to Country. Flossy plays a bit of guitar and John plays rather a lot. All three like colourful stage clothes.