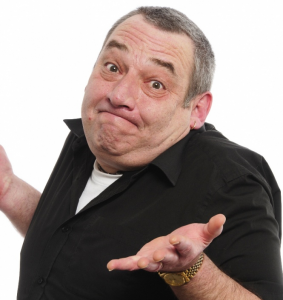 During his early career, Geoff, now from Manchester, played the circuit of folk clubs and pubs in his native northwest. In August 1985, he was placed third in a competition at the Warwick Folk Festival. In the November of the same year, he released Songs From The Levenshulme Triangle. The following year, he performed at the Sidmouth Folk Festival, and was subsequently re-booked for 1987 and 1988. This gave Higginbottom a wider profile, and brought club and festival bookings all over England.

He has since ventured further afield, playing Scotland, Wales and the Channel Islands. In addition to his musical career, Higginbottom has also made numerous appearances on UK television in bit parts, turning up in such soaps as Coronation Street, Brookside and Emmerdale, as well as a number of other productions.

Flowers Tomorrow received a good response and brought Higginbottom to wider attention. The title track has been sung by a number of other performers, and the album as a whole mixed contemporary and traditional styles, with his guitar and bodhrán to the fore. More Than Pounds And Pence, released in December 1990 has helped to establish Higginbottom as a highly-regarded performer and writer.

Damian is on a mission – namely to re-introduce the beautiful, ancient Dulcimer and the fascinating, medieval Hurdy Gurdy. Expect to see him at a venue or event near you, as he is determined to gain as much exposure for these instruments as he can.

They perform a wide range of material from traditional songs of the UK, Americana, self-penned songs and, in fact, anything that takes their fancy, because you never know what you might find in a Poacher’s Pocket!

The Paper Circus are a Midlands based acoustic and folk band. They are influenced by such bands as Bitter Ruin, Florence and the Machine, Loreena McKennitt and Tori Amos. 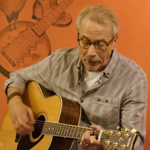 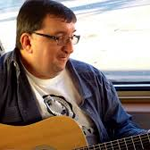 John is a great supporter of the local Folk Clubs. His songs range from traditional through to contemporary, and even the odd pop song has been known to creep in occasionally.  John also writes some songs of his own and his friends’ experiences, all of which are performed in his unique manner.