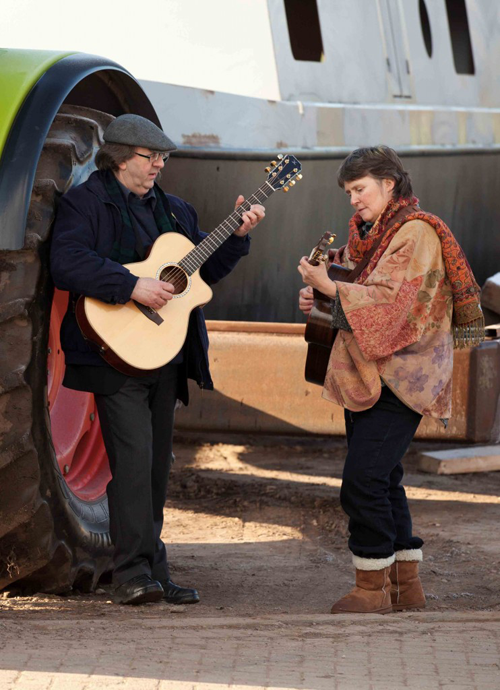 Guitarist Steve Hicks and singer songwriter Lynn Goulbourn formed the duo ‘Hicks and Goulbourn’ in 2007. They made it their mission to visit as many clubs and venues throughout the UK as possible and play to whoever would listen with a view to establishing themselves on the folk and acoustic scene. Steve and Lynn bring many influences into their music and this is reflected in the variety within their sets which can range from Traditional songs and tunes from the British Isles to Ragtime, Blues and Mountain music from the USA. They are passionate about their music and love to write, arrange and perform.

In his youth Steve studied with flamenco guitarist Don Wickens. Having discovered folk music at college and being highly influenced by the playing of John Renbourn, Steve then took lessons from jazz guitarist Duck Baker.

Whilst living in Scotland, Steve became heavily involved in Scottish Traditional music and has played in various bands. Since 2000 Steve has built a solid reputation as both a fingerstyle guitarist and luthier. In 2009 he signed up to Peter Finger’s prestigious label, ‘Acoustic Music Records’ in Germany.

Music and singing has always been a part of Lynn’s life but not in a formal way until she teamed up with Steve. She has sung in choirs from an early age and regularly attended several folk clubs doing floor spots. During her career in Education and Youth and Community Lynn’s musical skills were regularly in demand and she was no stranger to singing in public and to groups of all ages and abilities.

Lynn has run two folk clubs, done voluntarily work at music festivals and attended courses in singing and song-writing. Since college days she has enjoyed singing with a small group of friends enjoying close harmonies – the ‘crunchier’, the better!

They thrive on the creative process of stretching established boundaries and perform mesmeric arrangements of traditional, contemporary and self – penned songs and music. 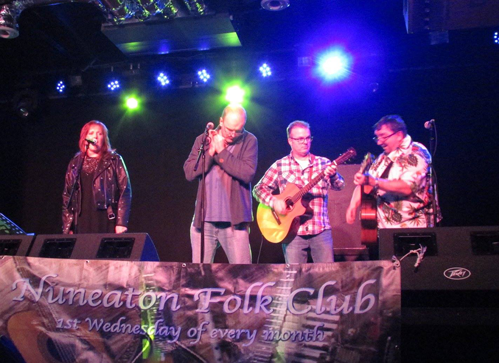 Paul Monks & Jane Moss have been playing floor spots around the local folk clubs for some years, playing mostly original songs with some covers. They are now performing under the name Yonderland.