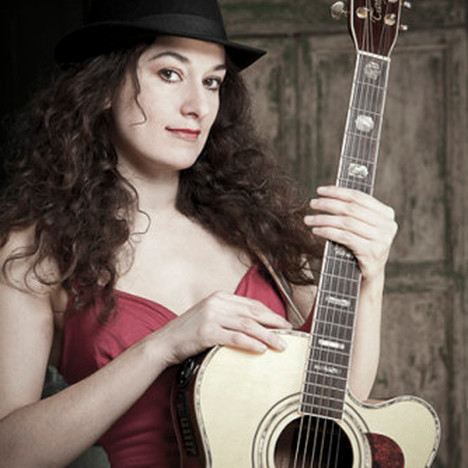 Odette Michell is an award-winning British folk singer-songwriter, guitarist and bouzouki player with a bold new take on the acoustic tradition and a voice capable of demonstrating the finer points of both folk and traditional song with genuine craftsmanship.

Since releasing her acclaimed debut album ‘The Wildest Rose’ in 2019, Odette has headlined two of her own UK tours, performed alongside Show of Hands and Seth Lakeman, and has opened for the likes of Martin Carthy, Reg Meuross, Phil Beer, Boo Hewerdine, Ninebarrow and BBC R2 Folk Award winner Sam Carter amongst others.

In January 2020, Odette won Female Artist Of The Year at the 2019 FATEA Awards, following in the footsteps of previous winners Kitty Macfarlane and Cara Dillon, respectively; and in May 2020, Odette was nominated for a Rising Star Award at the 2020 Folking Awards. In January 2021 Odette was invited to perform at Celtic Connections as part of the legendary Danny Kyle Open Stage.

Odette plays both guitar and bouzouki, touring both solo and as part of her trio, and is set to release her second album in 2022.