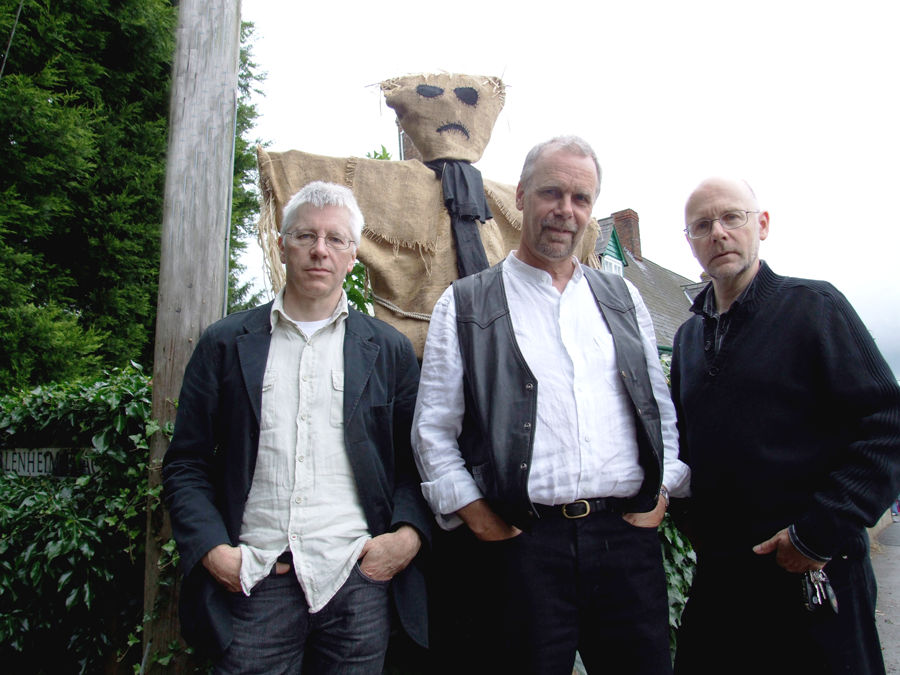 Put together three talented & creative musicians – one from a classical background, one from a folk background, and one from a jazz and blues background, and you would expect to get something a bit special. (When it happens, the members of Scarecrow will be at the front of the queue to book tickets to see the first gig!)

David is the natural leader of the band and has all the characteristics needed for the job – he’s got a car that the PA fits in, and he’s bigger than the other two. He is probably one of the best whistle players in the area – if you get a chance to chat with him during the evening, he will be happy to confirm this. He also plays flute, bagpipes, bodhran and other percussion. David brings the folk influence to the band, which means “let’s go to the fourth bar” has a slightly different meaning to him.

Rey is the theorist of the band. He plays bass guitar and flute, sings, talks about flattened fifths and mixolydian minors, and reprimands the other members of the band during practices. He brings a classical influence to the band, or in other words, he doesn’t use his thumb when he plays the guitar. Rey has an uncanny ability to detect when a note is even slightly sharp or flat. His cat has an even more uncanny ability to be able to get out of the house before the end of the second bar of any tune.