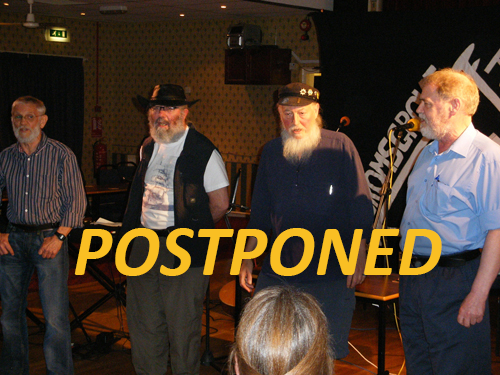 Between them, they have been singing to audiences at folk clubs and festivals both individually and in various groups for well over 75 years.

They first got together towards the end of 2009, and had their first public performance at Bromsgrove Folk Club in May 2010. Since then, they have performed at a good number of folk clubs and festivals in the Midlands and further afield.

They sing shanties and maritime songs, mostly upbeat but with some quieter and humorous items to give variety to their performances.