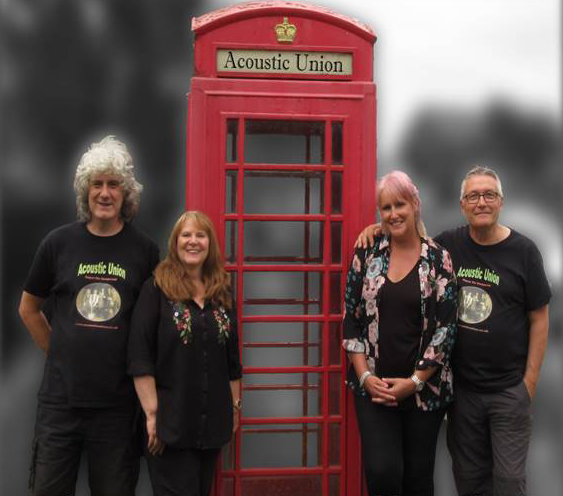 Acoustic Union are a four-piece band from the East Midlands area.  The band was formed in early 2010 by musicians who each have about 30 years of experience in the music business.